The Nuances of Swarms and How to Control Them 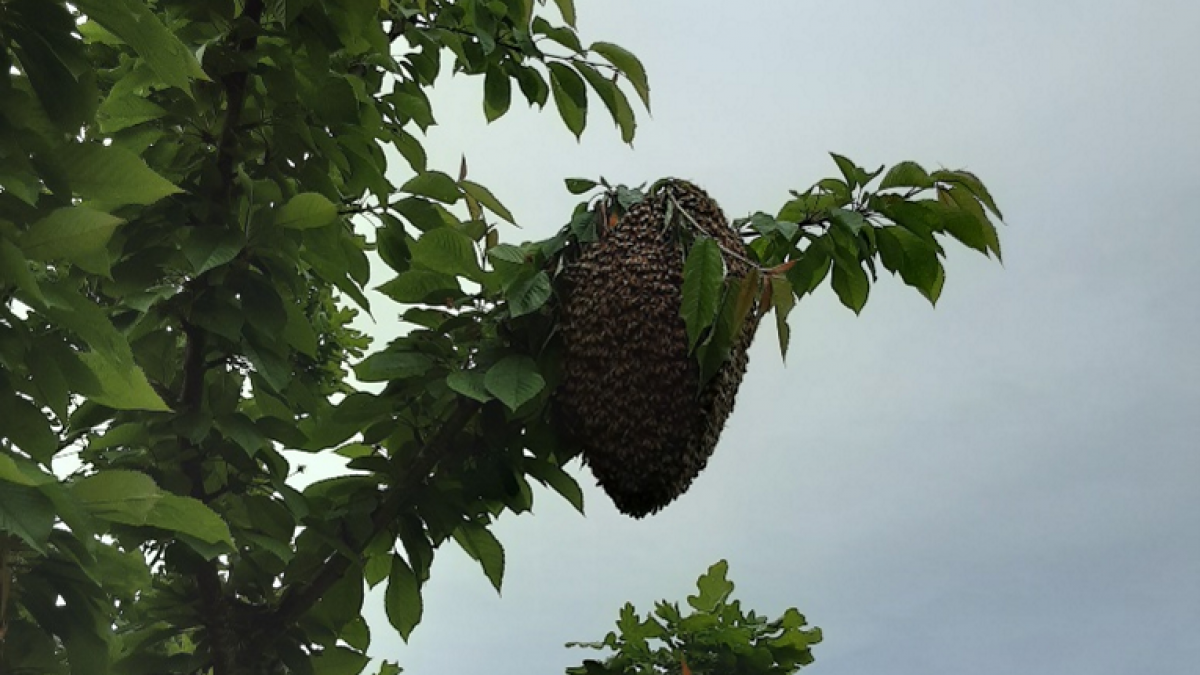 So we’re just about to be through the “first” swarm season locally - how did you do??

That Sense of Dread

Beekeeping shouldn’t be all that stressful, but we all know it is. Whether it’s winter die off, mites, swarms or feeding/not feeding, there’s a lot to manage…..and the bees are really good at creating chaos!! At least WE think it’s chaos.

So we’re just about to be through the “first” swarm cycle locally (we have a Maple flow in spring and then our major flow – blackberry in June/July) and if you didn’t get a swarm or two or a hundred, well you probably got lucky or didn’t realize that they swarmed. Most times they’ll just put a new queen in that box and unless you’re in there regularly during this time of year you don’t get that sense that there are a lot less bees in that colony than the last inspection. Then you get what you think is a less than stellar honey harvest from that group and think they were unproductive or the forage quality was a bit off. Either way you think the problem is one thing and they’re already past that and have done what they do best, reproduce. How do you know if they’ve swarmed? Records. Recording numbers of seams of bees in each box and brood frames will tell you next inspection if half of them left!! If so, you need to look for the queen, reduce the swarm cells that are in there to just 2 to eliminate secondary swarms and recheck for a new queen in 3 weeks to make sure they’re back on track.

If anyone has read much of Walt Wright’s work it’s worth the time to go to https://beesource.com/point-of-view/walt-wright/ and read up on his musings on swarm behavior and how to mitigate it. I spent a lot of time last year studying the process from the bee’s perspective and found that a lot of his observations were spot on. There are a lot of diagrams and charts on how to recognize the swarm process from its very beginnings in early spring and how to curtail some of the bees’ natural inclinations.

One of the issues is, of course, “Is controlling a swarm about population control?”, a question I get all the time, and although you could say YES, that’s not entirely the complete answer. Yes, the population is key to the impulse to swarm, but it’s in conjunction with the balance of resources in the box. It’s a very simple math problem to know when you have enough bees in the box that both groups will have enough to feed themselves. That’s the easy part. Now add current forage conditions for the group that leaves so they can feed themselves long enough to make a new home and put enough resources in that home to survive the winter. Then add, is there enough time for the "left behind" group to hatch a queen, mate a queen, and will there be pollen resources at that time in 4-6 weeks to make enough new bees to not only build up the labor force, but enough to make winter bees as well? Is there enough nectar/honey left in that box to feed what’s left behind since most of the foragers and wax builders left with the other group?

These bees are amazingly tuned in. They anticipate what they need, they do math to know what they have is enough, they know their downtime for replacement of labor force, and they have back up plans in place. If our businesses were that well-oiled, we’d all be rich!! Lol!!

The nuances of swarms

The primary swarms we see now are those reproductive swarms, the natural ones. Those are the swarms that the bees are want to do all by themselves and do very well if left to their own devices. The mismanaged swarms, those are the ones that are trouble for everyone. The over-population swarms that happen a little later in the season create the biggest issues since they aren’t in sync with anything, resources, labor dynamics of the colony, storage logistics or mating behavior and seasonality.

The trick is to control those at all costs since they further neither the bee’s interests nor the beekeepers.

The flight of bees in late June or July after the major nectar flow is bound to starve either in the short term or in winter due to lack of stored resources. I have a lot less reservations to see a swarm fly off in May or June than in July even though it pains me to see my bees fly off at all, ever. But, I have more confidence that they have a fighting chance of making it on their own than the ones who fly off late in the season. Not only do they doom themselves, they also doom the group left behind who will have a big problem getting a mated queen and building resources in time as well. So although I don’t like swarms any more than the next guy, late swarms are painful and are strictly a management issue, where early swarms are a natural impulse and sometimes you just can’t fight Bee Nature!!

So in my world, I manage my colonies as single hive. Meaning, I have a deep brood box like everyone else, but I keep my queen down in that box for the season after I have the numbers I want to maintain for bee and honey production – my two main product lines. That means I have a confined queen that will WANT desperately to swarm due to a perceived lack of laying brood space, but unless the workers know that there are enough bees and resources to do so, they WILL NOT build queen cells for her to lay in.

She will lay her little heart out trying to fill two or more boxes full of bees with only one box to work with and as long as I make sure there aren’t any swarm cells down there on the bottom of that box and I pull strength and resources off that colony to keep them from being able to “do the math” and come up with a number they like, well they’re stuck!

That said, it’s a very fine line between taking enough resources to keep them in the box and not starving them out when the minor nectar flows come and go in the spring. It’s also dicey when taking brood and bees to know how much is too much or you’ll not get all the nectar in the box as you could leaving money in the forest so to speak and not in your pocket. It takes experience to get it right and know and when to split, or when to feed and when not to. After all, it doesn’t make any sense to feed syrup if the major nectar flow is coming in a week. It’ll just get diluted with cane sugar!! Just sayin’.

So know your local forage resources backwards and forwards, watch for what’s blooming everyday on your way to work or errands, and know what your bees are doing in the box. They might surprise you, I’m always looking up this time of year instead of down when I drive into a yard.