Another Chance at Success 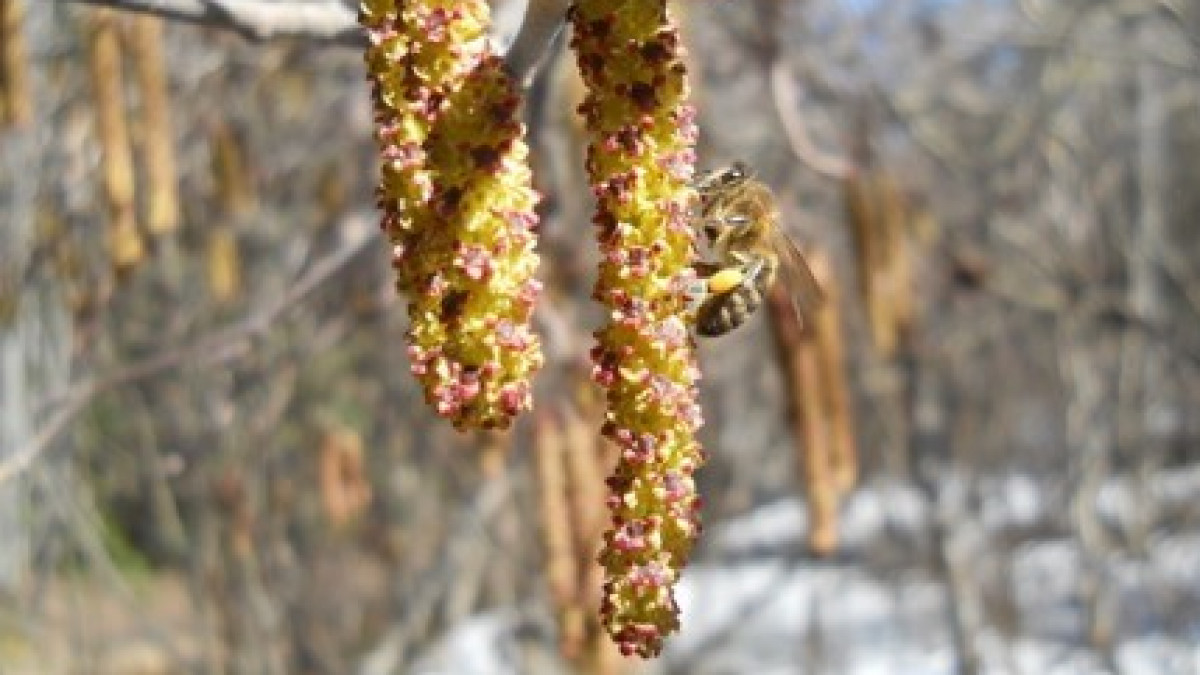 A New Season to Get It Right

We got our freeze very early this year (before Christmas) and it seems to have put at risk the smaller units as they haven’t had the critical mass to keep the cluster warm as they should going into the end of winter.  As the attrition occurs taking out the long lived winter bees, the cluster tends to dwindle and the less there are the less heat, so the mantel falls away and you get a bigger die off on a cold night.

It appears like there’s a huge die off at the front door as it gets blocked, but if there’s a dead pile at the front door, know that there are mortuary bees still working, and so your colony still lives as long as there are dead bees you can see out front!!   I wholeheartedly advocate screened bottom boards for beginners since you can get a lot of data from the inserts without opening the lid….a failsafe for the bees and the beekeepers!!

Those who have lost their units early in the winter season have already ordered nucs and are ahead of the curve for replacements.  Just know that not all nucs are built the same and rarely is there any such thing as a REAL nuc (most are shaken bees with an imported queen stuck in a box) which just gets you a start to a dead end where the newest workers are no more acclimatized to your environment than the queen who put them there.  So locally adapted is best – not many producers around who cater to that product since its more labor intensive and expensive to build.  If you find one of those old school nuc producers, covet them as a gift – for they truly do it out of respect for improving the craft and not just offloading their excess after almonds!!

I also think we’re getting better at assessing colonies at a distance and understanding when something just doesn’t seem right.  It’s a little too early (and cold) to be doing a proper job of forensics right now, but just about anyone can tell that an entrance stuffed to the gills with dead bees at this time of year can’t be good.

So, although this article is in preparation for what we’ll all inevitably face in another 6 weeks for one or more of our colonies, what I want to do is have a conversation on how we go about recovery…..and about how we maybe can take that recovery to the next level.

The ability of our stock to manage our conditions, pathogens, and management style here in the Pacific Northwest is wholly dependent on their being able to adapt.  I’m no PhD expert on recombinant DNA genomics, but I know enough to understand that every time we inject new genetics into our system we dilute what progress the bees have made in developing a winning strategic advantage on their own.  The Louveaux study made just that point almost 50 years ago – and still we replace our lost stock with genetics that were made in an entirely different environment under much different selective pressures (*I can with certainty guarantee that even our mite is just a little different than mites from other areas, which means it probably looks, smells, and acts different than the other mites).

Our Biggest Problem – but not the only one

Admittedly, varroa is currently our number one nemesis in beekeeping, and there are plenty of ways to address the issue of varroa alone.  Whether it be by selective breeding, aggressive treatment protocols, or the extreme “Live and let die” methodology.  The real issue about the honey bee’s health is more than a single problem though, and it’s certainly more complex and dynamic.  The solution to one problem in my humble opinion will only create another “number one” problem.  Selective breeding causes genetic bottlenecks, over treatment creates chemically dependent stock and associated stresses, and as we all know - the dinosaur no longer exists, so some things do not survive without our intervention.   Although we won’t all agree on which way is best to fight the varroa infestation, I think we can all agree just stabilizing the gene pool so the bees can decide which ones should carry on into the future is a start.  Also know that although you may have treated for varroa in the fall, how you treated, how many times you treated, the local pressures from someone else’s infested colonies drifting into yours and the amount of viral load the bees got while they were being developed all contributes heavily to why and when the cluster starts to die off in the spring – those fat bodies are getting a little thin right now and add to that a bee that has a viral infection, well hard to be a happy productive worker bee under those conditions!!

So, how can we get out of the way?  Well, we can requeen with local stock or I heartily encourage everyone to give queen rearing a try this year!!  What do you have to lose??  ….and so much to gain – breeder independence, satisfaction of breeding your own stock, and knowledge that you’ve at least managed to not kill half the sperm in your queen by sending her through the

mail!!  I’m not laughing here, because I’m pretty sure half my purchased queens one year were superseded for just that very reason.

For those who have to buy nucs to replace losses, requeening with a local queen might seem to be an extra investment, but will provide a huge benefit in the long run!!

So try stretching a little this year by making queens at home, or find a friend and adventure together!!

………and hang in there, spring’s right around the corner!!

Ask questions at Dr J : doubleddoc@gmail.com or here's another article with solutions to some of the issues in this post.

sign up to get more information at The Road to Better Beekeeping.com